Fully convinced that microgrids would be an effective solution to allow high penetration of distributed renewable sources, since its establishment DeMEPA has carried out studies and participated in projects aimed at developing microgrid design in order to identify the related potential benefits as well as the technical and regulatory issues necessary for their full deployment.

Taking into account the participation in European projects in which it was possible to exchange experiences and information on this innovative subject, DeMEPA :

Detailed description of the activities carried out on renewable sources, microgrids and local energy communities can be seen in the Reference Section.

Regarding  these topics some highlights resulting from DeMEPA experience are explained in the following.

Environmental concerns about greenhouse gas emissions and global warming, the liberalized electricity market and government incentives have led to a growing development of the renewable energy sector over the years. In 2019, the contribution of RES on electricity consumption worldwide was 26.4%, while in EU28 the electricity generation  from RES was 32.8%, of which 75% attributable to solar, wind and biomass  (the remaining share is due to hydroelectric plants). This significant increase in electricity generation based on RES surely relies on the continued fall in the capital cost of the plant: in 2019 year the Levelized Cost of Electricity  from PV plants is comparable with that of coal used in large centralized generators and  natural gas used in CCGT plant.

Other growth-enhancing factors of the generation from renewable sources have been the priority in dispatching and the incentive policies adopted in almost all countries : green bonds, production-based incentives (feed-in tariffs, net metering, net billing) and investment-based incentives (tax credits, grants).

It has to be mentioned that RES contributed to reducing wholesale prices of electricity, thanks to the peculiarity of producing at virtually zero marginal cost when compared with that of fossil fuels. About the amount of this reduction different evaluations are available, while it is commonly believed that it tends to decrease as the share of electricity generated from renewable energy sources increases.

RES integrated a distribution level of the power system is named as Distributed Energy Resources (DER). The utility is concerned due to the high penetration level of intermittent RES in distribution systems as it may lead to stability, voltage regulation and power-quality issues, particularly in case of networks relatively weak. Therefore, DER are required to fulfil with strict technical and authoritarian frameworks to ensure safe, reliable and capable operation of overall network. 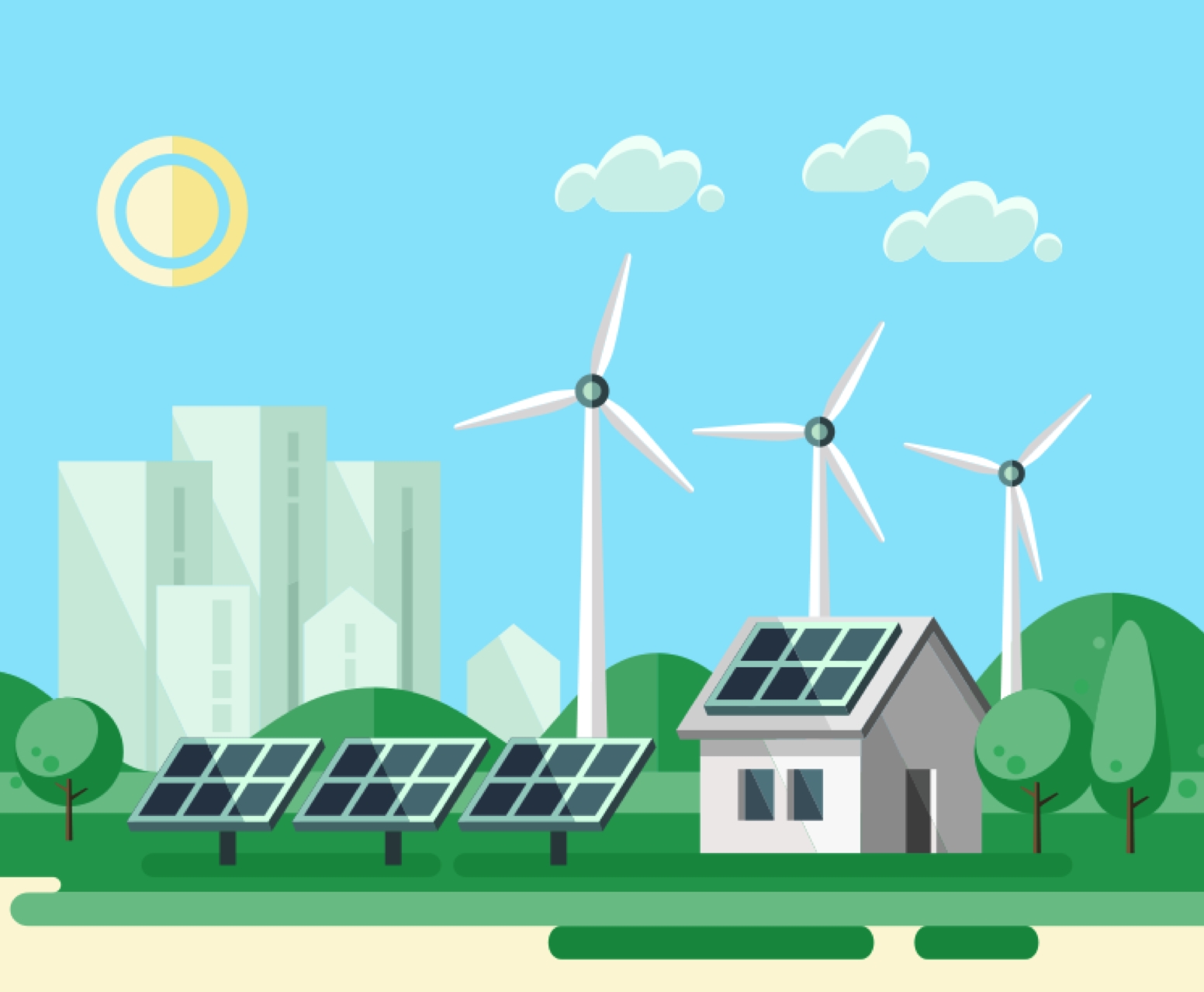 Furthermore it has to be mentioned that on the electricity generated from RES there are positions that tend to regulate their development according to more restrictive criteria than the current ones. For instance the Council of European Energy Regulators  proposed the following essential points for the future:

Anyway with the growing deployment of DER units the power systems can no longer be considered as passive networks designed for “top-down” operation, where the production of electricity is concentrated in large plants that send the power to the load centers according to a one-way flow. The entire architecture of the electrical power system must be redesigned in Active Networks supported by ICT in order to undertake the increasingly complex operations related to significant share of distributed generation. In this framework Microgrids enabling high penetration of distributed generation without requiring re-design of the distribution system may be an effective solution.

There are several definition of microgrid. Adopting the one formulated by U.S. Department of Energy Microgrid Exchange Group : “microgrid  is a group of interconnected loads and distributed energy resources (DER) with clearly defined electrical boundaries that acts as a single controllable entity with respect to the grid and can operated in both grid-connected or island mode.” 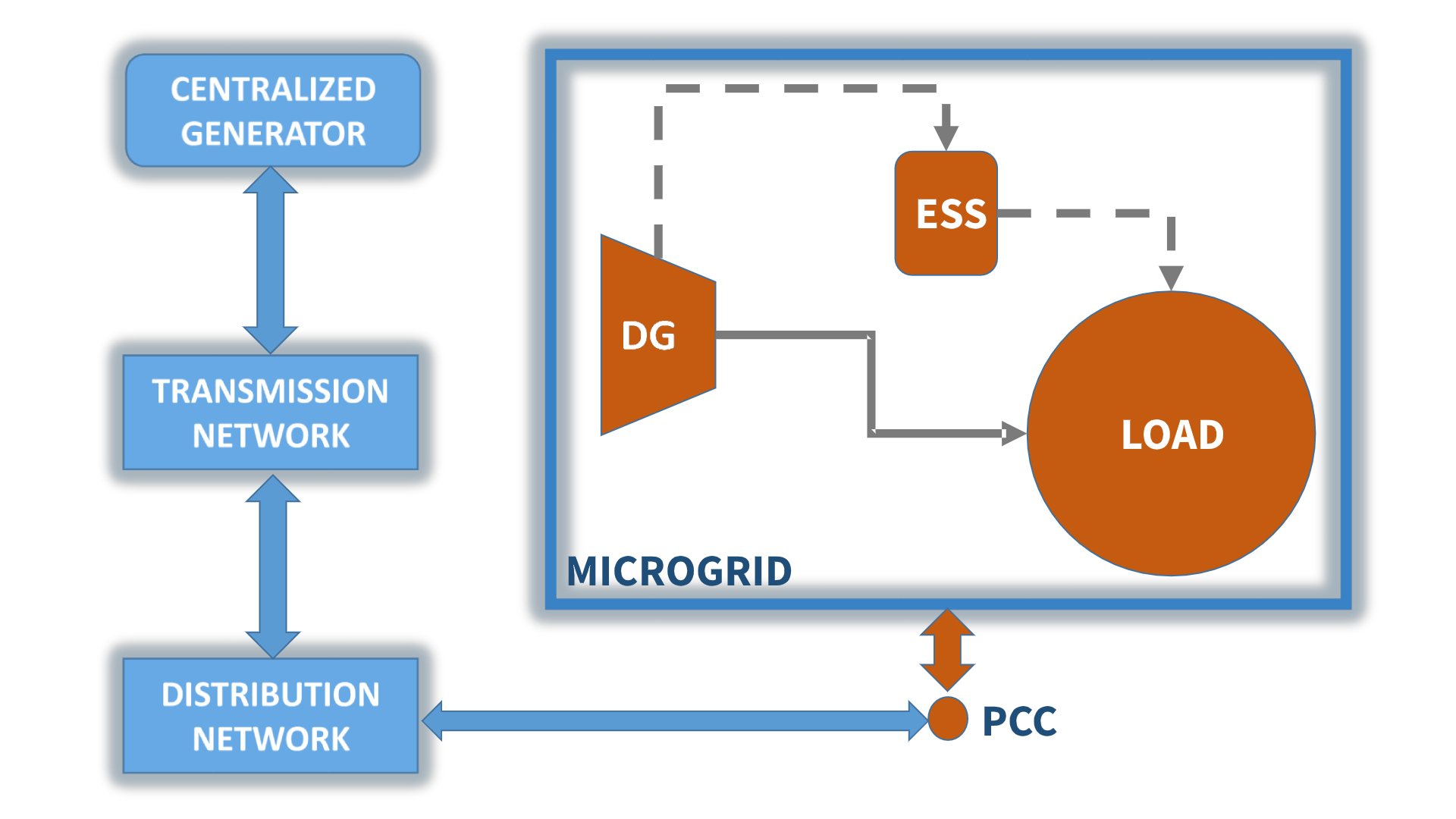 In a simplified scheme, an utility-connected microgrid, including distributed generation sources and loads, with an option of energy storage system, interfaces with distribution network via a Common Coupling Point (PCC) through which pass the bidirectional electricity flows with the public grid. This microgrid operates in parallel to the public network: electricity is  withdrawn from the grid when the local sources is not enough for the load demand and vice versa electricity locally generated exceeding the local demand is fed into the grid.

All local sources and loads of the microgrid are controlled by an Energy management System mainly addressed to ensure the continuous balancing  between power and energy demand  with  generation,  being the voltage control and frequency performed by the public network. The Energy management System can also be used for peak levelling (by an appropriate energy storage system or ensuring only sensitive loads) or even to optimize the cost of the electricity service within the microgrid by varying the mix between locally generated energy and that purchased by producers.

The power generator in the microgrid are RES, such as wind, photovoltaic (PV), micro hydro, biomass, as well as heat and power cogenerating units (CHP) in presence of local use of heat, or clean power generation technologies, such as fuel cells (FCs) and micro turbines (MTs).

It should be noted that the local uses of the power generation within the microgrid reduces the power density in the upstream transmission and distribution networks with the consequent advantages of:

In addition to the parallel mode, the microgrid can operate in island condition: in this case the microgrids must have the ability to separate and isolate itself in the event of faults, voltage collapses, black-outs of the public grid or when the quality of power from the grid falls below certain standards. Microgrid can be reconnected to the public grid  without any interruption once that this is recovered. The possibility of operating in island mode has favored the development of microgrid  in military installations, institutional power systems, remote villages electrification and  in presence of weak distribution network with frequent shutdown.

A microgrid able to operate in island mode is based on different scheme of the grid connected ones and  has to provide specific additional functions:

In the light of the above, the optimal configuration of the microgrid  is strongly related to the context in which it operates. In the presence of an efficient power system both in terms of continuity and quality of service, a microgrid working only in grid connected mode seems the more convenient solution. The possibility to exchange electricity with the public network, in output and in input, solves problems related to the intermittent renewable sources and allows a smoother balancing between generation and demand. The benefits acquired through incentives related to the use of renewable sources and the avoided transportation and distribution costs for the locally generated electricity can allow real reduced billing for the involved loads.

When the distribution network to which the microgrids is connected does not have sufficient reliability or quality of service, it may be advantageous to provide the microgrid capable of island mode operations. In this case, the achievable benefits must be compared to the additional  investments required by the microgrid to improve power security and quality .

Although several research activities, demonstration pilots and concrete implementation of microgrids have been carried out worldwide there are still many technical challenges to be solved and regulatory barriers to overcome. On the basis of the many advantages that can be obtained: energy saving, reduction of emissions, improvement of reliability, microgrids are increasingly attractive to consumers and as such in the future, a large number of them will be installed at the consumer sites and will therefore become an integral feature of future power systems.

Collective organizations whose main purpose, but often not unique, is the generation  and sale of electricity to its members, there are in Europe for more than a century.

EU, through the Directives 2018/2001 and 2019/944, to be transposed by each Member States into their legislation, have introduced two very significant  innovations regarding local energy communities and renewable sources. More precisely:

Both these directives have in common the objective to offer to the members of the local community, or to the territory in which they operate, environmental, economic or social benefits.

Making reference to the Renewable Energy Communities the following principles apply (see Art. 21 and 22 of the Directive): 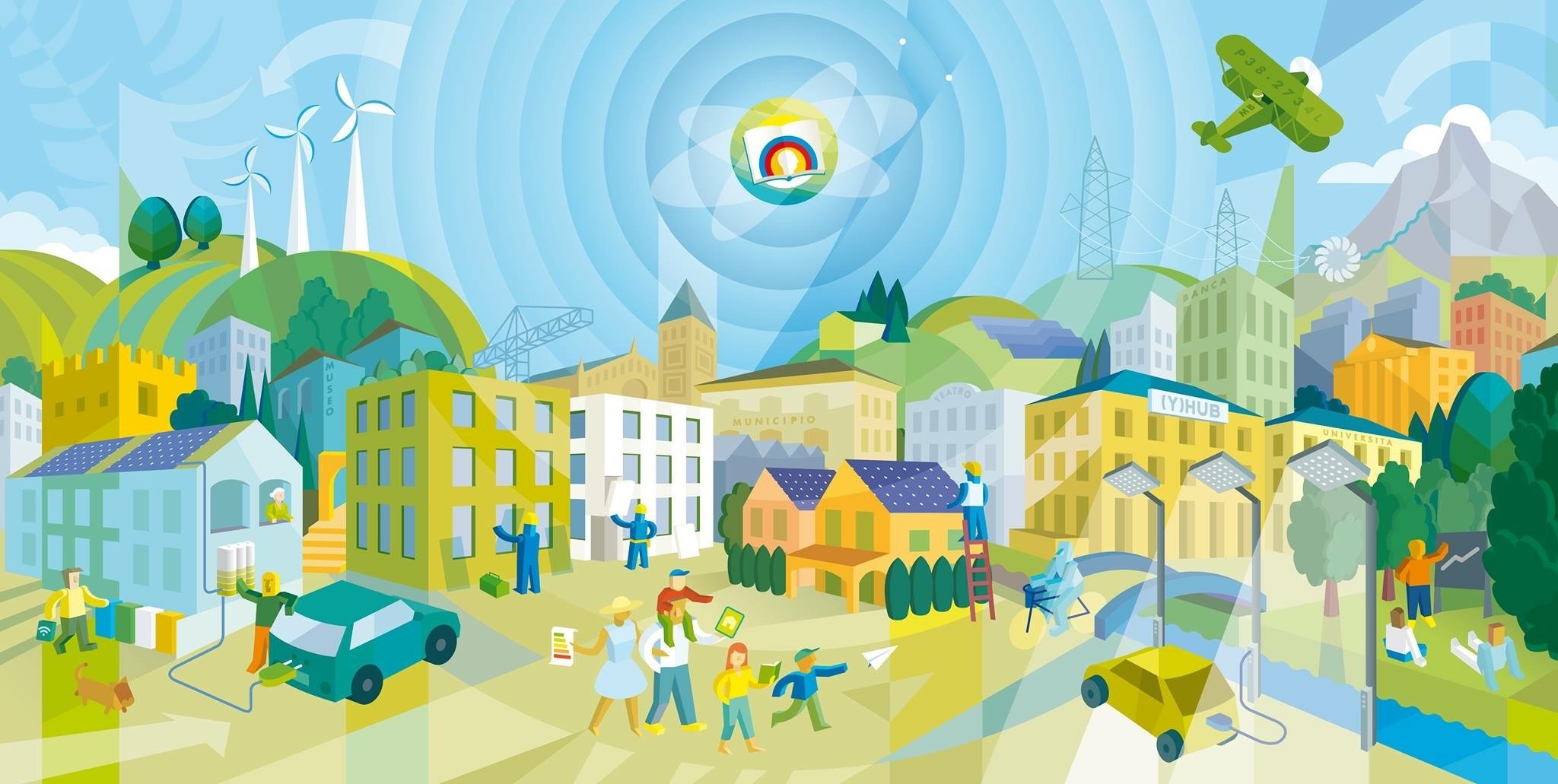 The Renewable Energy Community Directive has benn transposed in Italy by  the Art.42 bis of the Law n. 8  dated 28/2/2020. This law allows a collective self-consumption of the electricity generated by renewable source: the consumers can joint to become a collective prosumer together.

According to this Law:

While each member of the community pays the same bill for the consumed electricity and committed power (all levies, charges and taxes), the community receives the following benefits for each kWh of the ‘Shared Electricity’ :

being the ‘Shared Electricity’ the minimum between the electricity generated by the renewable sources and the overall electricity withdrawn by all the members of the community.

In compliance with Art. 21 of the Directives 2018/2001 concerning the renewables self-consumers located in the same building, including multi-apartment blocks, the Italian law sets they are permitted to arrange sharing of renewable energy that is produced on their site or sites between themselves, without prejudice to the network charges and other relevant charges, fees, levies and taxes applicable to each renewables self-consumer.

According to the Energy@home report drawn up by Elemens, in Italy there are 2.6 million of multi-apartment blocks potentially interested in the installation of PV systems for energy communities with about 6-9 GW photovoltaic installations for self-consumption by 2025.